I am trying to output json. using the example in the docs here https://book.cakephp.org/4/en/views/json-and-xml-views.html

Going to the following URL gives me a missing template error. I just want the json I dont want to use a template

What am I doing wrong?

I found the issue missing a line in the Docs

in 3.1 when you don’t want template
$this->autoRender = false;
helps

@Jubbs You should know that the way how content type negotiation works is not only decided by the server but also by the client.

But this doesn’t mean it is forced to only be JSON, it can still be a simple HTTP request with the default template which returns HTML.

It of course depends on what client you are using, in e.g. jQuery it is the option dataType: 'json',
In Postman you can set additional headers easily like so 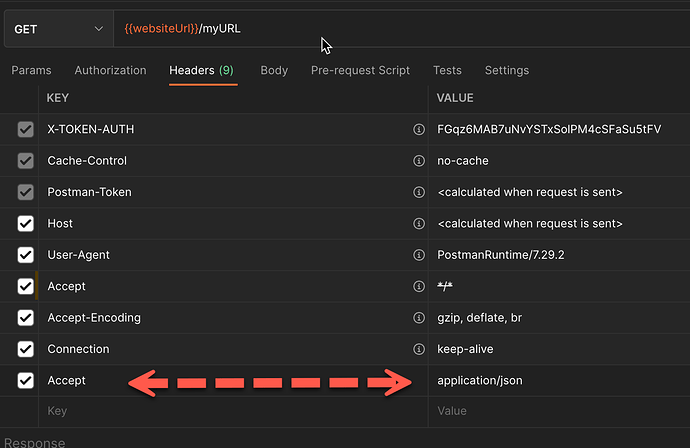 You can alternativly add

to your config/routes.php (or plugin routes) to allow JSON routes.
This means, that you can e.g. call your action via

Thanks, @Jubbs ! This was tripping me up as well.